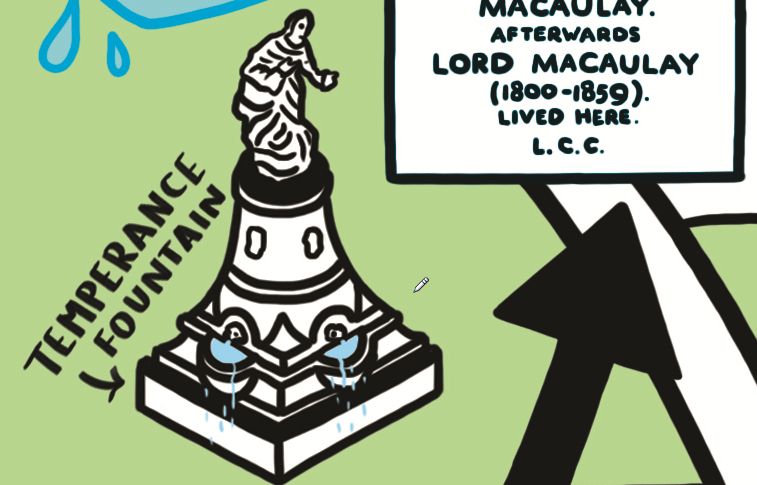 The statue which stands near the Old Town end of Clapham common depicts a woman giving water to a beggar and was cast by F Miller of Munich, from a sculpture by August Von Kreling. It was commissioned in 1884 but was not erected in Clapham until 1895. A gift from uk provident who first had the statue in place by their offices in London Bridge, however the weight of the granite and bronze started to cause cracks in the arches of the bridge and structural damage to the warehouses below, so it was then presented to Clapham!

The purpose of these fountains was encourage people not to drink beer by the supplying safe and free water. Beer was the main alternative to water, and generally safer. The temperance societies had no real alternative as tea and coffee were too expensive, so drinking fountains were seen as an attractive alternative.