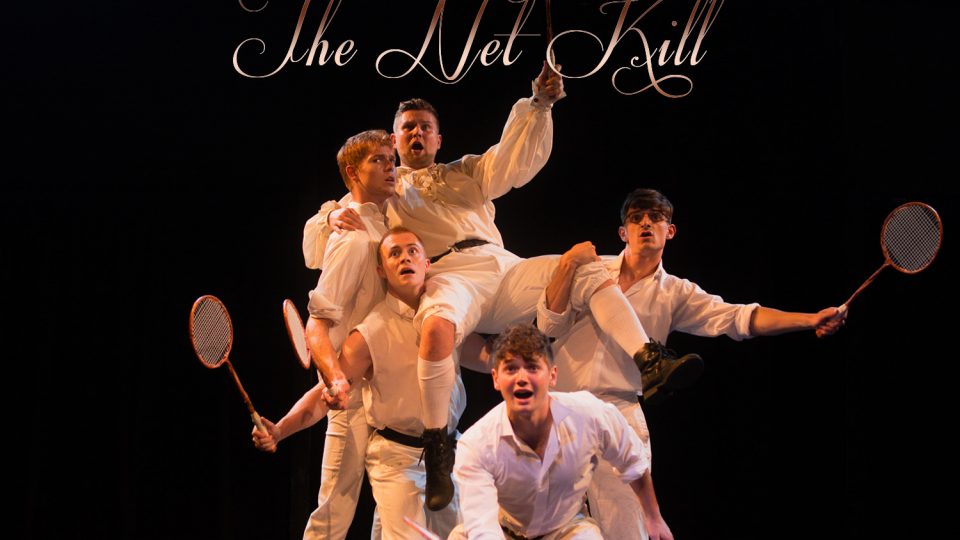 Five unlikely heroes, five badminton rackets, five pints of English lager and a blood thirsty beast that needs to be hunted… well someone had to do it.

Fresh from an international tour, the multi-award nominated and award winning Incognito Theatre Company are back with a bombastic and irreverently silly original comedy set at the close of the 19th Century. The Net Kill follows five friends as they embark on a quest to vanquish a monstrous creature terrorising the English countryside. Connoisseurs of stale ale and unintentional masters of the hugely popular new sport “Badminton”, the mismatched group of sportsmen are forced into an unthinkably dangerous mission when threatened with the closure of their favourite pub (and club house) in the face of Victorian gentrification. Backed by Her Majesty’s Government, these friends must battle with more than just a beast in order to save their beloved establishment.

Using their trademark fast-paced and explosive physical style, Incognito Theatre’s highly anticipated new comedy considers the importance of friendship in the face of adversity. A story about a Badminton team that no-one knew they needed,The Net Kill promises 60 minutes of outrageously silly razor sharp humour with a dash of absurdity thrown in for good measure.