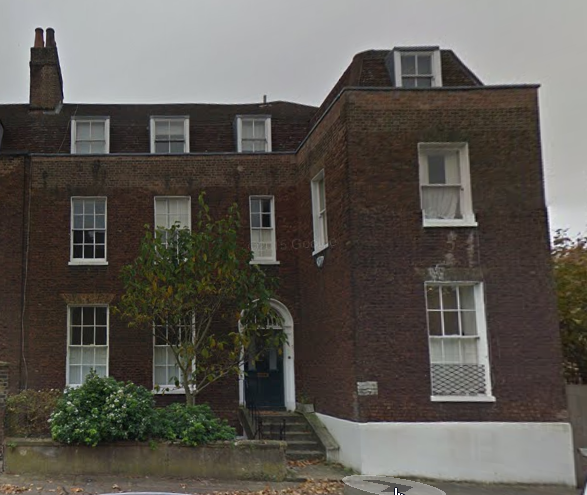 Rectory Grove ends with a short row of imposing Georgian properties leading towards the gate of St Paul’s Church, Clapham. It was here that the African Academy was originally located. The pupils, all boys aged 10-17 from Sierra Leone, were educated here between 1799-1805. They were the sons of African traders and families of influence. They were taught a wide range of subjects, but the emphasis was on religious instruction.

Although many of the academy’s pupils would die of measles, a growing body of opinion suggests that a larger number of pupils survived and returned to Sierra Leone than was formally supposed.

The young ladies were educated by Marianne Thornton, the wife of Henry Thornton, the baker and philanthropist at an address in Battersea Rise.

Recent research suggests that the current no.8 Rectory Grove housed the first academy and the the institution was later moved to no. 21 Clapham Common North Side.