The Two Brewers retains title of the Best LGBTQ+ Pub 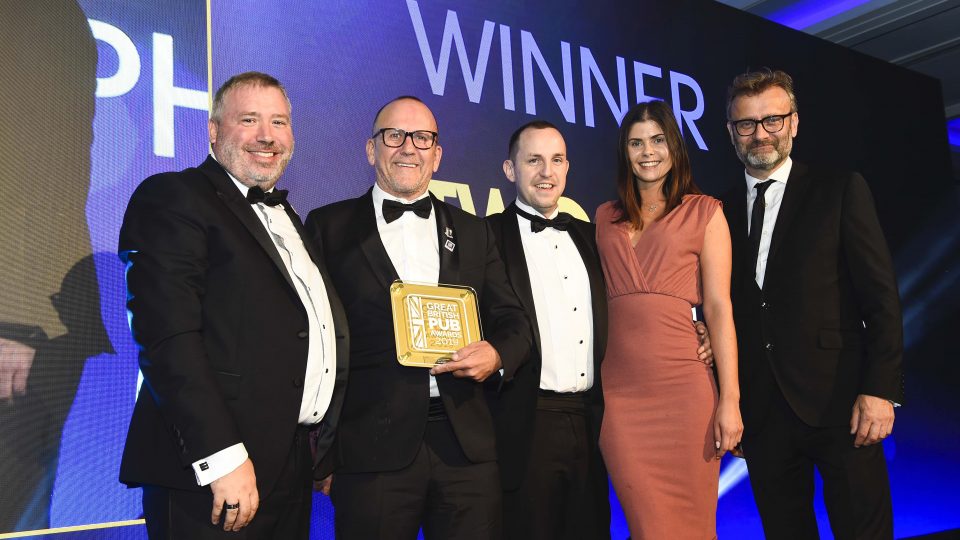 The Two Brewers in Clapham has retained its title of the Best LGBTQ+ Pub for the second year running in the Great British Pub Awards, a national competition to recognise the best pubs in the country. The winners were announced at a glittering awards ceremony held at the Royal Lancaster Hotel in London on Thursday 5 September 2019.

A multi award-winning pub, the Two Brewers is legendary for its spectacular array of entertainment and street parties, as well as famed as a platform for launching new talent. The pub has created a safe, welcoming multi-cultural community hub that enables fledgling organisations and local groups to meet, practice, and perform in its space, feeding the production of over 600 events at the pub each year.

Over the years the venue has been a host to some of the most famous drag performers on the circuit. Many singers from around the world have graced the Two Brewers stage, including the UK’s Eurovision contestant Surie and X-Factor’s favourite Sam Bailey.

In addition, the pub’s Drag Idol competition, developed by manager Jimmy Smith, continues to grow across the national LGBTQ+ circuit, and this year see 110 acts participate for the chance to win the prize fund of £4,500 and take part in paid gigs at participating venues.

Jimmy said: “I can’t believe we have won for the second year running, it’s an incredible achievement! The fact that we won ‘Best LGBTQ+ Pub’ last year made us even more determined to keep pushing forward and developing our entertainment offer to ensure we stand out as a winning example of a great British pub that specialises in catering for the LGBTQ+ community. I am so proud of my team and cannot thank them enough for their hard work and commitment. This award is down to them!”

Ed Bedington, organiser of the Great British Pub Awards, said: “These awards are the most rigorous of their kind for the pub sector and the competition was extremely high this year. It’s a huge achievement to win one of these awards and for the Two Brewers to win it the second year in a row is well-deserved.”

The Two Brewers is owned by Stonegate Pub Company, the UK’s largest LGBTQ+ venue operator. Simon Longbottom, CEO, Stonegate Pub Company said: “As the biggest operator of LGBTQ+ venues in London and across the country, we fully support safeguarding the future of pubs and venues for this important part of our community. We are delighted that the Two Brewers has been recognised for its important role in the community and congratulate Jimmy and the team for all their hard work.”