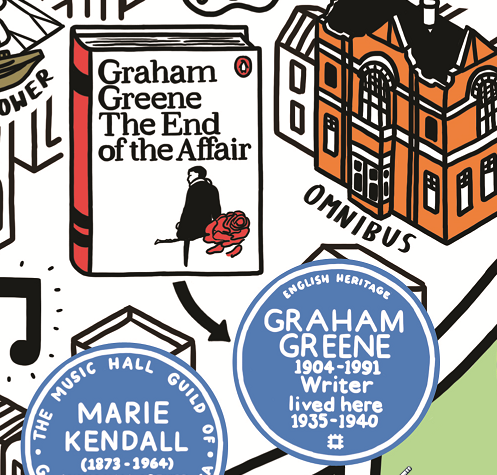 Graham Greene was an English novelist and author regarded as one of the greatest writers of the 20th century. He lived at 14 Clapham Northside from 1935 until he was forced to leave due to bomb damage in 1940. His novel the End of the Affair is set in Clapham in 1945-6. The narrator lives in a bedsit ‘at the wrong side of the Common’ (South Side), drinks in the ‘Pontefract Arms’ (The Windmill) and visits ‘the dark church at the corner of Park Road – a Roman Catholic church full of plaster statues’ (St Mary’s).