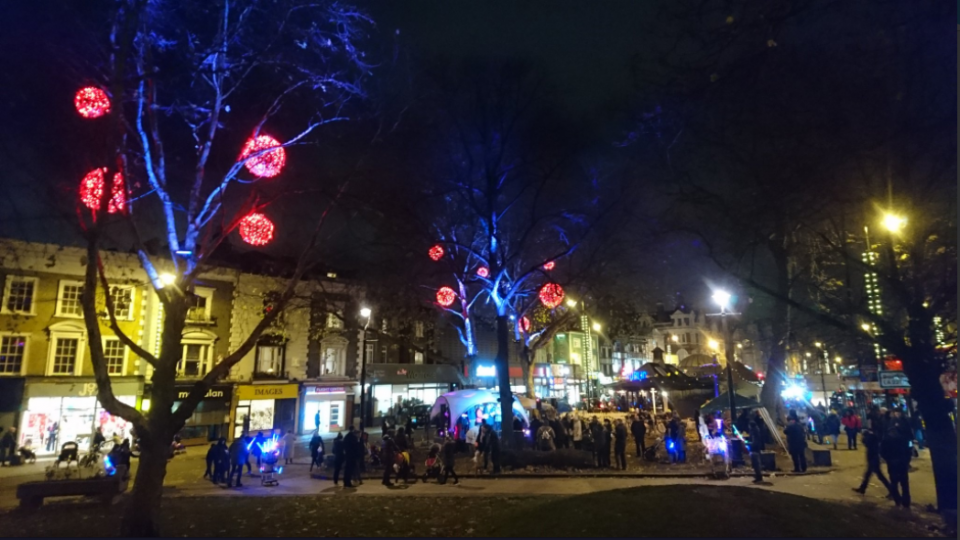 In 2017 This is Clapham invested the BID levy in new Christmas decoration across Clapham. This included a display by Clapham Common Tube Station of 10 red spheres elevated in the trees alongside the existing uplifting, which changes colours periodically throughout the year.

This is Clapham also invested in new lamp column displays and increased the number of decorated columns from 42 to 72. The lighting was extended to areas such as Landor Road, which have not had decorations in previous years.

In partnership with Clapham Omnibus, This is Clapham also delivered the third Christmas Lights Switch on Event by Clapham Common Underground Station.

You can watch the video from 2015 below.